Christopher Smith, born on 27 May 1971 in Kingston, Jamaica, is a dancehall and reggae musician. His talented way of exceptionally expressing himself through music in the dancehall genre has made him gain loads of respect from his fan base. In 1988, Hawkeye recorded “Patios”, his very 1st song. John Mills produced this number and Jamaica went crazy over the song. But it was “Arrest Mi Officer” in 1997 done by Main Street label’s Danny Browne that turned Hawkeye’s immediate reputation into a household sensation right through the Caribbean, United States’s different markets, and the United Kingdom. Wherever one would go, “Arrest Mi Officer” was the top song played everywhere on the dancehall arena in New York, Massachusetts, Pennsylvania, Washington D.C, Connecticut, and Florida. At that time, Hawkeye spit unforgettable tunes like “Ooh Aah Aah,” “Beg Fi Him,” and “Man A Bad Man.” “Diggy Dialect” became a smashing hit in 2003 considering his collaboration skills with A Tribe Called Quest’s member, Phife. Smith was found on many platforms performing in and around the United States thereby, resulting in massive followership because of his stage presence and undeniable delivery in the dancehall genre. Bubble and Wine was his debut album and it carried smashing hits on the Diwali rhythm like “All My Ladies,” La La La” and “Twingy Twanga,” not forgetting the single titled “Bubble and Wine” and many others. In the United Kingdom and Caribbean dancehall some of his singles topped the charts like “Go Rachel”, “Yu Nuh Beg”, “Reality Thing”, “Money Making Guy”, and “Just Like We.” Hawkeye is also a producer. He began with the Katash riddim which featured legends like Sizzla, Beenie-Man, General Degree, and many others. Hawk-Xtra was his 1st album done in 2011 followed by Give Thanks For Life in 2014. His hard work has been paying off over the years with music videos and other projects. On 1 February 2020, “Who Dem A Ramp Wid” was released and is Hawkeye’s latest video. The single’s initial release was done in 2017. The superstar has indeed kept his fans captivated till today. November 6, 2021
KIKI RIDDIM - K-LICIOUS MUSIC 1999 Throwback hit riddim produced by Tony "CD" Kelly that introduced many to the world of dancehall (including… May 6, 2021
This throwback Thursday edition takes us back to 2001. This is the second installment taking us to 2001. However there is a method to my madness… 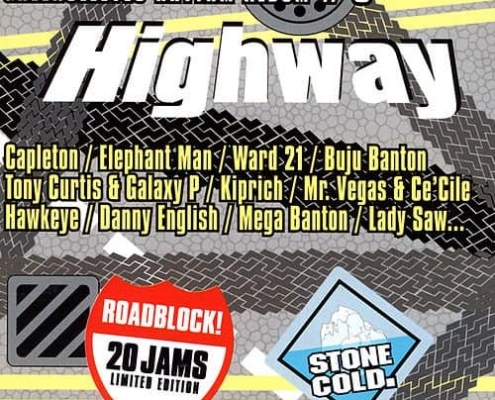