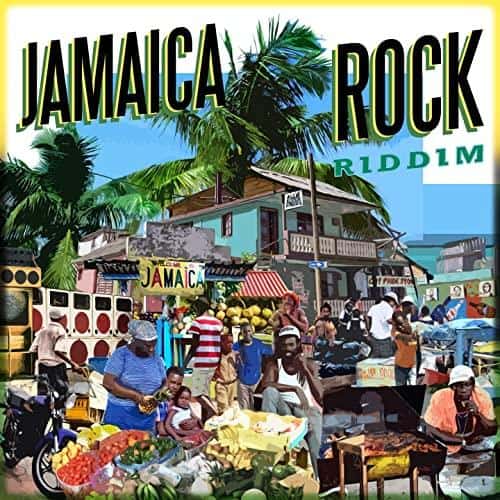 Turf Boss Busy Signal hit yet another home run for his Jamaican kin in his latest single Jamaica Jamaica. The track features alongside a host of well-accomplished reggae artists on Jamaica Rock Riddim. The Maximum Sound production stands out among some of the top riddims of the year with numerous noteworthy tracks.

Rock seems to be the current fad in Jamaica right now. Rock-themed riddims have been released lately including riddims such as World Rocking Riddim, Country Rock Riddim and Fire Rock Riddim.

Busy delivered a memorable reggae anthem which maintained a high standard with other artists like Christopher Martin, Cecile, Stevie Face, Pressure and the Kemist also shining. On the back of another banger on World Rocking Riddim, Busy’s hot streak continued and the Turf Boss is showing no signs of letting up. Unlike on World Rocking Riddim Chris Martin features and the crooner utilised the upbeat reggae tune to perfection in Rock Me.

Other stand out tracks on the riddim include Pressure’s Earth’s Rightful, Child of a King by Stevie Face and Cecile’s Focus on Me.

The riddim offers a bit of everything for reggae fans and will undoubtedly have fans putting a few of the tracks on their lockdown playlist. Numerous social topics are covered by the artists offering discussions on issues like love, relationships, legalisation of marijuana and Rastafari culture.

Jamaica Rock Riddim deserves at least 3 stars and should be earmarked for special attention. In a very unique year, the genre has the opportunity to grow and riddims like this will bode very well. Give Jamaica Rock a chance and see where it ranks come year-end.