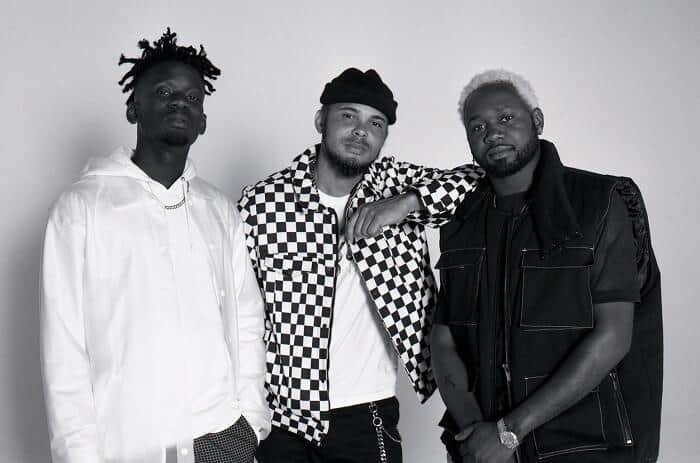 Walshy Fire is an international DJ/Producer/Performer, who, along with Diplo, makes up one third of the chart topping group Major Lazer. Walshy is also a member of the world famous Reggae sound system Black Chiney.

Walshy Fire continues to extend his musical limits with a new venture that is the close to home. The Jamaican-born producer and DJ is fusing his love for dancehall, reggae and afrobeat on his debut solo album, ‘Abeng’.

His new single “Call Me” featuring Nigeria’s Mr Eazi and Jamaican Kranium embodies this blend. The track premiered on the Billboard Today on the 5th of June.

The colorful video fueled by a nearly all-female cast keeps things simple enough to let the summer-ready tune and its stars shine. Mr Eazi woos the ladies with his flirty afro-beat hook, while dancehall singer Kranium showcases his sultry vocals once again. The video is littered with female dancers inside color-blocked montages that signify the colors of both the Ghanaian and Rastafarian flags.

“This is basically a song for the ladies. It took me about three years to put it together. Of the songs on the album, I’m most proud of this one,” Walshy Fire told Billboard. “The chemistry of the two artists was amazing. They really killed it and were passionate about the song. Both put in so much work to make sure it was right. Shout out to E. Kelly on the production.”

“I think this is going to be one of the biggest songs I’ve ever done. We had so much fun on the video shoot. I haven’t seen a video connect to a song [lyrically] in such a way in a long time and I’m extremely proud of how it came out,” he adds.

“Call Me” is the fifth and final single from Abeng, which was released on June 7 via Mad Decent. It comes after tunes like “No Negative Vibes” featuring Alkaline and Runtown, and “Round of Applause” with Ice Prince and Demarco.