Coinciding with Jada Kingdom’s declaration for a truce with arch-rival Shenseea. The dancehall artist dropped the visuals for her quarantine single Yuh Betta.

Honestly speaking I am finding it very hard to put to paper how to best describe the video. The video features Jada Kingdom in all her glory (there is no need for anyone else actually), passing time in her bedroom. The title of the song is ‘Yuh Betta’ and without further ado, yuh betta have a gander for yourself.

Jada is popularly known for another raunchy track Banana which helped elevate the temptress’s music career in 2018. Blessed with a smoking hot body, Jada’s music talents match her looks and some, if that is believable. She has made a name for herself on the dancehall scene with eye-catching videos and this one is way up there (if not on top).

In true Ubuntu spirit, Jada buried the hatchet with rival deejay Shenseea, following the sudden death of her mother. Shenseea received condolences from all over the dancehall community including her former friend Jada. The pair have an estranged history which ended up turning sour a few years back when the friendship ended. Sworn enemies a week ago, Jada was able to see through their differences by showing her grieving foe a loving gesture. 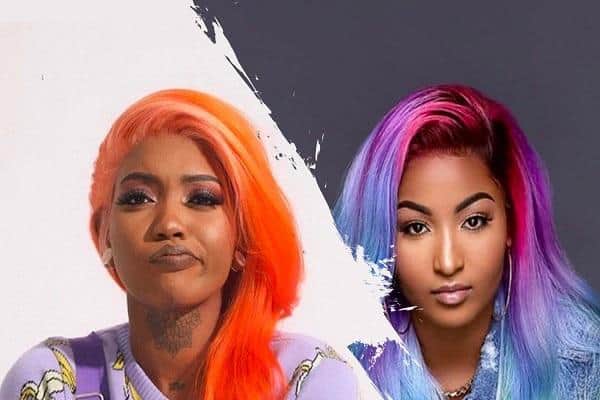 For the female dancehall space, I hope the squashing of the beef is permanent. For a budding niche sub-genre, unifying artists is paramount to success. Imagine a Jada/Shenseea collaboration? Fire I tell ya! And it’s not just because Shenseea is another looker but that she has a strong international audience outside the Caribbean. But Shenseea’s beauty also counts, big time.

If you didn’t know Jada before today yuh betta start with this video. Jada has been described as a tease, on social media by male fans among other things. She has people gobsmacked and is rumoured to be responsible for converting straight women to play for the other team. I’ll say no more. LEFT WITH A BROKEN HEART RIDDIM – TOGETHERNESS RECORDS
Scroll to top
We use cookies to ensure that we give you the best experience on our website. If you continue to use this site we will assume that you are happy with it.OkPrivacy policy