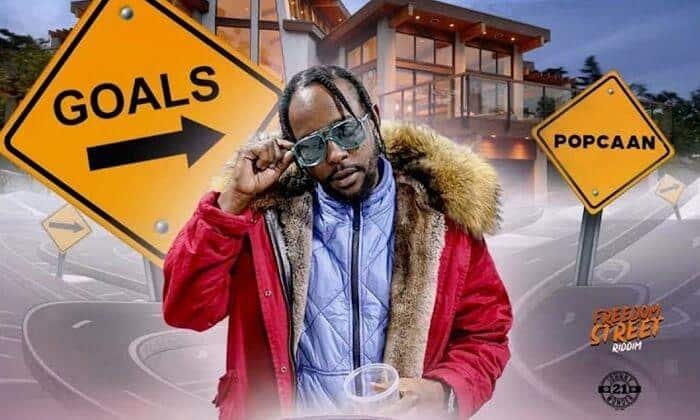 If you didn’t know that Vybz Kartel and Popcaan had a falling out a few years back, with the way the two are carrying on right now,  you would never think it. It was Popcaans turn to show the Worl’Boss a good gesture. Popcaan did this in the form of a shout-out to Vybz in his latest single “Goals.”

Popcaan upped the ante in his new dancehall track, “Goals.” Produced by Vybz Kartel Muzik and featured on the new project, Freedom Street Riddim. Popcaan gets deep in this one talking about real issues. The single is available on all major streaming platforms including iTunes/Apple Music, Spotify, and Vevo. The artwork features Popcaan clad in a fur coat with a mansion on the hill and a Bentley in his eyesight.

Since the turn of the year, Popcaan has been churning out a ton of new music with a new release almost every weekend. In a given week we have the luxury of getting more than one song. That, in itself is a pretty significant statistic. The Unruly deejay recently called out some dancehall artists to make better music and stop fighting against each other. Vybz Kartel then backed him up a few days later.

In the scenario that come July, Vybz Kartel is given another life line in society what would that mean for the dancehall industry? Looking at the turnover rate of hit songs from Vybz Kartel alone along with Popcaan, the pair would rule the business. This familiar alliance could once again exercise their dominance if managed correctly.