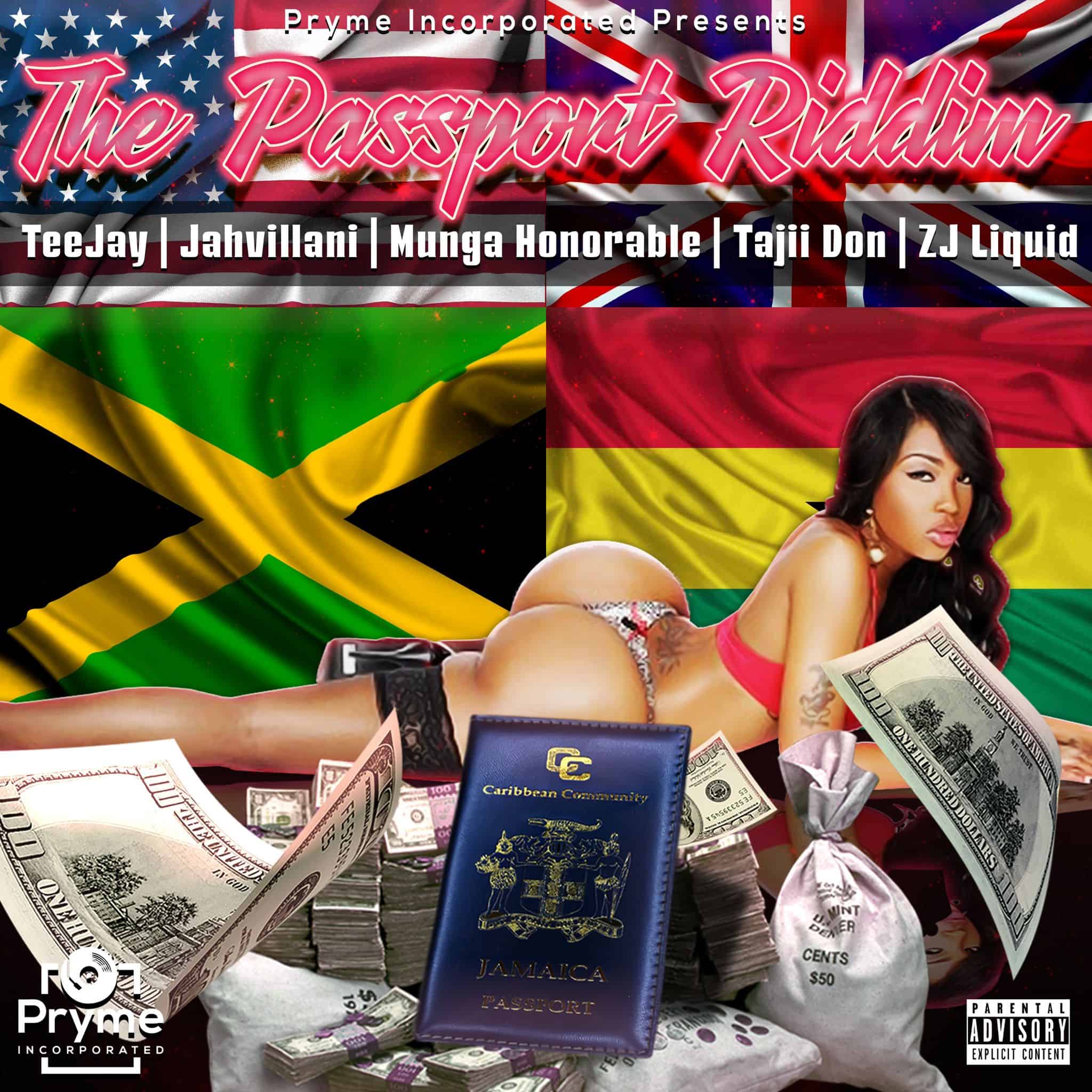 When your team is cultured and it reflects in everything you do and touch its a beautiful thing. When you have a prolific Hip Hop and R&B producer as one of the owners of the company then it’s clear that this eclectic vibe is going to shine through. Yusef “Sef Millz” Alexander has been making hits for a while. His hit list and catalogue consist of songs like “KC & Jo Jo “Show & Prove”, Maino fea Lil Wayne “All about the cream”. So clearly he’s doing it. Along with his partner Andre Fletcher their aim is to make Pryme Inc a force to be reckoned with.

New projects like “Passport Riddim” is out now and distributed by Hapilos Distributors. The project consist of marque names like Munga Honorable, Jahvillani, DJ Liquid, TeeJay, Tajii Don. Each prolific in his own way. Tajii Don being the artist that is actually signed to the label sees himself as the next break out act out of Jamaica.
The project has a club feel and tracks have that feel even with the hardcore Dancehall acts putting their wordsmith skills to action. The Jahvillani track “Yes Nuh Man” had it video release lately and it shows how committed the team is to making this project win. The video was debuted on Hype TV and is now on social media platforms. It was also Supa Hype directorial debut showing just how multitalented he and the team really is.