Michael Kennedy, born on 1 January 1972 in Cockburn Pen, Jamaica is a left-handed DJ and dancehall singer. More than anything, his soulful voice rather than toasting style made him famous, including powerful vocal range and dynamic singing, and has made love the theme in his songs. Kennedy’s reputation increased greatly as a dancehall singer through performing on different local sound systems. His style was inspired by ragga DJ Supercat, Frankie Paul, and Tenor Saw among others. Lukie D’s songs and the writing style was reggae music yet blended into R n B, dancehall, soul, and pop showing unique abilities as he wrote most of the tracks himself.”Centre Of Attraction” was his biggest hit and combination hits like “Don’t Deny Me” with Lieutenant Stitchie including “Bag It Up” done with Beenie Man and Black Pearl. “Centre Of Attraction” was the debut he released after joining the Firehouse Crew, featuring collabos with DJ Determine and Mikey Spice. A good number of series of hits, including”Let Me Love You Now” “I Won’t Let You Go”, “Heavy Load”, “Lonely Nights” and “You’ve Got It Going” were birthed too. Lukie D’s success made room for him to travel very often between Jamaica and the United States, where he became knowledgeable via various musical influences, as a result, his repertoire broadened. He released a 20-track compilation In 1997 which featured cover versions of “You Shook Me” as well as Queen’s “We Will Rock You.” Apart from his solo career, Lukie D is a member of the vocal group L.U.S.T. with other singers like Tony Curtis, Thriller U, and Singing Melody. Two albums have been released subsequently and a tour. In 1998 they performed at MIDEM and at the third Culturama festival, later in New York. He has released multiple tracks such as “Be Strong” in 2005, “Deliver Me” in 2006, “Who’s That Girl” in 2008, “Love Again” in 2009 and “Horny” in 2016, In addition, 2018 had more hits like “Bargained For.” 2019 saw the release of his latest album, Dance Nice Again. 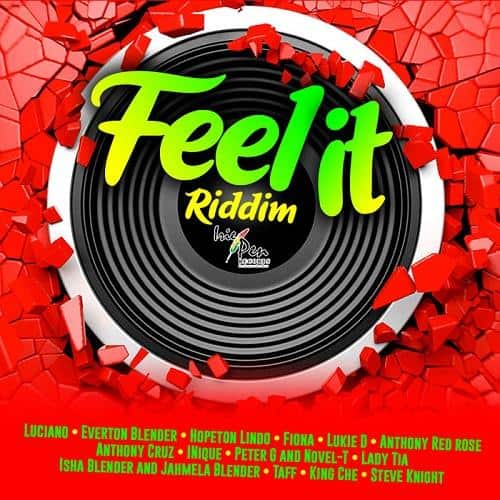 February 21, 2020
LOVE & DANCEHALL RIDDIM - RAZZ & BIGGY 2014 Riddim…
Scroll to top
We use cookies to ensure that we give you the best experience on our website. If you continue to use this site we will assume that you are happy with it.OkPrivacy policy