Masicka Gets Creative In Just A Minute 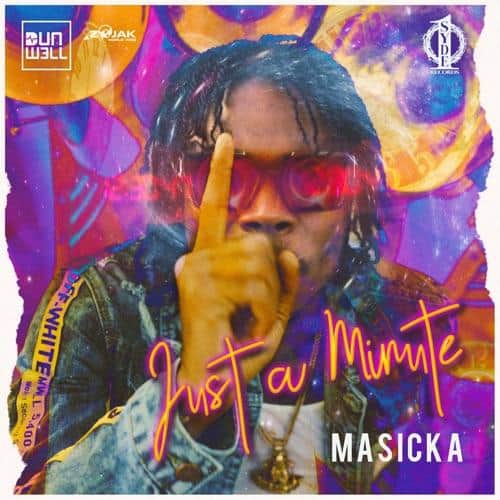 Judging from music videos out there the easiest music video to make without putting too much thought into it must be dancehall. The recurring themes are, marijuana smoking, Hennessey bottles, scantily dressed women gyrating all over the place. And last but not least, luxury vehicles. Interesting enough Masicka’s latest video is minus the luxury vehicles and fast living lifestyle. Just A Minute, produced by Dunwell / 1syde Records has a unique cheerleading theme with smart use of trumpets.

The single follows other singles including Ice Cream Truck and Grandfather. Masicka is not really known for constantly churning out fresh music but he does make it count when called upon.

Masicka whose real name is Javaun Fearon hails from Portmore and has been in the game since his teenage days. He recently made headlines after commenting on the highly publicized entanglement between Will Smith’s wife Jada Pinket Smith and rapper August Alsina. Following Jada’s revelation of the casual 4-year relationship with August on her talk show, Masicka commented on the relationship saying he was open to entanglements. He then added on saying to his female fans saying that, “some girl fi know say a entanglement we ina nothing else.”

Going back to his video. I feel there was a lot more creativity which made for a cool video. It’s a must-watch video for dancehall fans and credit also goes to the track itself. It currently has over 500k views on Youtube in just 5 days. The track is currently trending at number 1 in Jamaica and that is probably due to the video.

Masicka can be pigeonholed in the same category as Jahvillani, Charly Black, Aidonia. Who all seem to be dropping music videos. And to be fair this Masicka video stands out. Be sure to check out Aidonia’s Look, and Charly Black’s Sidung track on Incredible Riddim.