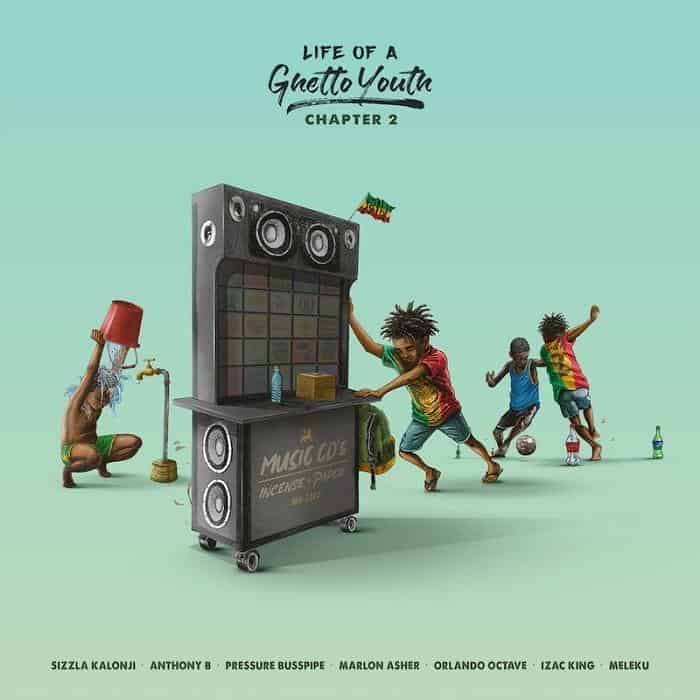 The comment above were the sentiments of Ricardo “Rico” Vasconcellos’s mother during his upbringing in the harsh streets he grew up in Trinidad. A very poignant statement that resonates not only in Trindad but all over the world, more so in third world countries.

Vasconcellos, a music producer is the founder of Atlanta based VAS Productions LLC. His latest piece of work is “Life of A Ghetto Youth – Chapter 2” which follows the first chapter released in 2017. The compilation album is based on true events and tells the story of Vasconcellos’s life growing up in Trinidad. It features a string of top class artists including Sizzla Kalonji, Anthony B, Pressure Busspipe, Marlon Asher, Izac King, Meleku and Orlando Octave and was executively produced by the Trinidadian and Vychalle “Kid” Singh.

“We all share a common thread of our backgrounds, religious beliefs and experiences, so it is no surprise that we all agreed to donate a portion of the proceeds from the sale of the Chapter 2 album to families who are affected by the violence in Trinidad,” said Vasconcellos.

The donation to help families is a noble gesture which is not a first from Vasconcellos, having donated $30,000 from proceeds from the first “Life of a Ghetto Youth” album, to families affected by violence in Trinidad and Jamaica. “We expect our second project to triple in the amount of donations to help our friends and families.” he went on to say.

The inspiration for Vasconcellos came from his youth, growing up in the harsh streets of Trinidad and seeing violence all around him. “During my formative years, there was so much youth on youth murders. I made a promise to my mother that this would not happen to me,” said Vasconcellos. “I left the gang life and focused on the music and entertainment industry.”

“This album truly encompasses the definition of Caribbean peace, love, and unity,” said co-producer Singh, an audio engineer/producer/writer/musician/record executive and concert promoter. “My goal was to incorporate the producers, musicians and artists who took the “rootical” vibe of reggae to a new place sonically.”

Singh is a Grammy-Nominated Producer and Engineer for “Sizzla Kalonji” and the Engineer on DJ Khaled’s album, “Father of Asahd” on the song, “Holy Mountain.”

For all reggae lovers this is one is a real treat worth listening to and it will leave you reflecting.