JOHN LEGEND TEAMS UP WITH KOFFEE 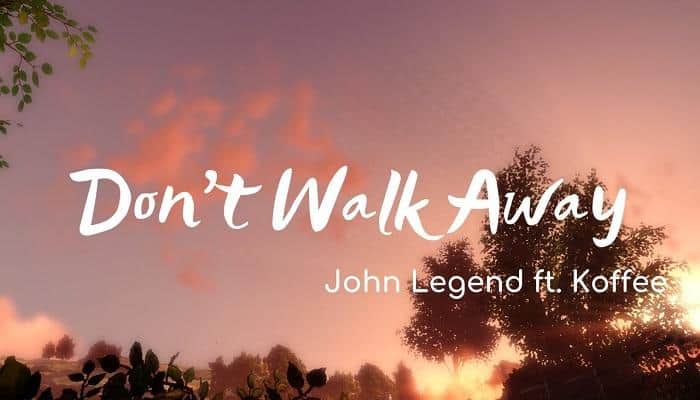 After collaborating with dancehall legend Buju Banton, RnB’s John Legend has partnered up with another Caribbean artist. This time his collaboration is with young superstar Koffee who continues to tick off milestones in her budding career.

Koffee features on Don’t Walk Away with John Legend in an RnB jam with Koffee lacing the track with her signature flow. The track comes off John Legend’s recent album Bigger Love released 19 June 2020.  The 16 track album also features other A-list artists who include Jhene Aiko, Camper and Rapsody.

With the evolution of music production and its distribution, music genres have been given a wider platform to grow and reach a bigger audience. Koffee is benefiting from this extra exposure and am sure she is on most people’s tongues around the world. This collaboration will no doubt go a long way as she now has John Legend fans talking about her. There has been a lot of talk and rumours of who she might be collaborating with next. However, it doesn’t get any bigger than John Legend. There has been talk of a Rihanna collaboration for months now including Beyonce but nothing has been announced by Koffee or her label.

A partnership I would like to see very much is with Koffee and another female songstress in Lila Ike. The pair are probably the biggest female artists coming out of Jamaica. And the pair coming together should result in a fire jam. Fresh of releasing her debut album The ExPerience, Lila Ike is enjoying success from it and her teaming up with Koffee could further escalate their careers.

Before I digress too much, be sure to listen out for John Legend and Koffee’s jam. The song title says a lot in typical John legend fashion. And, it will probably be the reason for a lot of corona-babies.