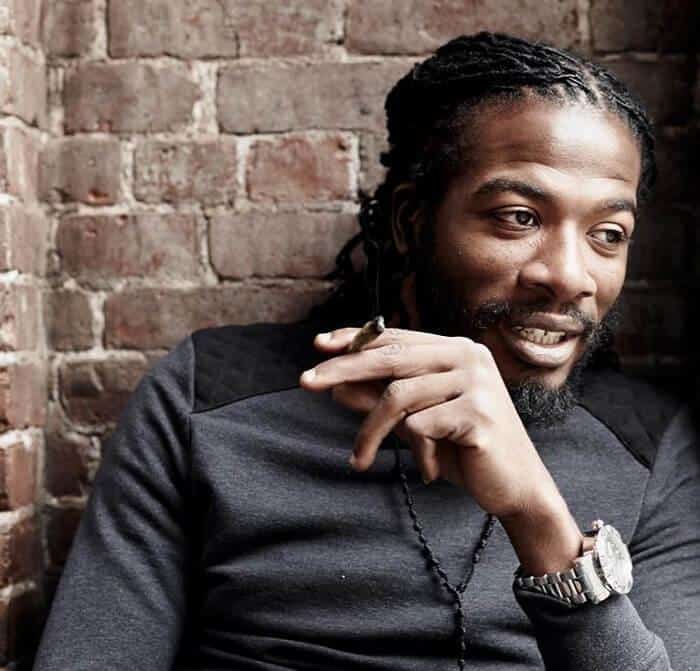 Just when you thought the tide was about to turn on peoples’ view on sexual orientation, with Shenseea’s ‘Blessed’ video and the issues that have arisen. Over the weekend, Gyptian posted a few pictures on instagram that have gone viral but not for the right reasons per se.

The reggae star posted some photos of himself on instagram that have created a buzz on social media. The pictures feature him wearing some really tight fit jeans, a feminine like top and bandanna. The reception of the pictures has been rather unfavorable for the ‘Hold You’ artist with fans insinuating that he is a homosexual. Fans have commented to the pictures, one fan writing;
“No mans pants must be too tight.” “Wah kinda style that you have up as a Reggae man yah move fruity Gypy mi nah lie yuh,” another one added.

“This dude is looking crazier and crazier by the day,” people continued. “That’s what happen when you can’t leave those European women alone, you starting to look like one yourself. Those tight pants makes you look like the Damn CLOWN that you are. Don’t listen to your music anymore.”

Whether it was a wardrobe miscalculation or not, Gyptian is yet to hit back. Or, does he even need to respond. Sometimes it’s just not worth it.

Gyptian has taken a lot of stick from before from the Jamaican populous because of him being involved romantically with a Caucasian woman. In 2018, when the story broke out, he was dubbed another sellout celebrity who opts for foreigners.

Give the guy a break man. Stop worrying about frivolous things and pay attention to the music. That’s what its all about right?
Check out his latest jam ‘Run Away’, produced by New League Music & VPAL Music which features on Stories Riddim alongside, Busy Signal and Christopher Martin.