Busy Signal At It Again 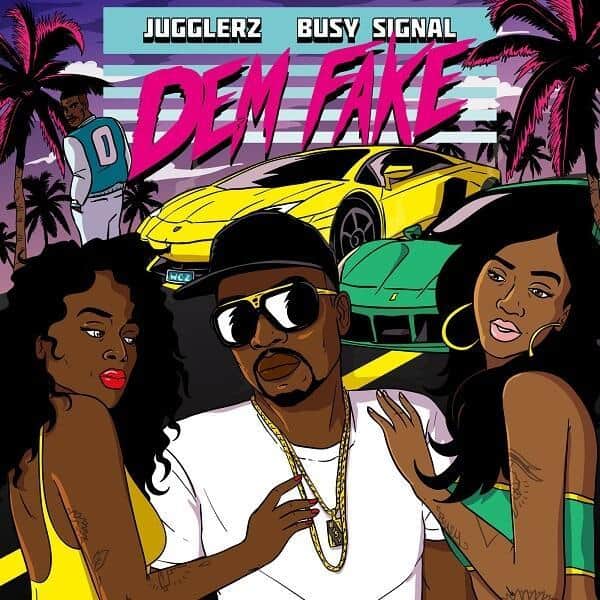 Busy Signal dropped his latest music video for his track ‘Dem Fake’ featuring Jugglerz. The dancehall and reggae stalwart delivered yet another catchy feel good track. He sings about friendship, and incidents with haters he has come across. Earlier in the year he sang about the true meaning of a friendship in his reggae hit ‘What is a Friend’ on Kingston Riddim. He continues on the same tip in this dancehall jam, emphasizing his point on focusing on what really matters.

There seems to be general trend on singing about the ‘haters’ rhetoric lately. It is probably just a coincidence, but, maybe there is a concerted effort to preach about the issue to the youth. It is a very important life lesson and it now has a few major players weighing in on the issue. Alkaline recently released a track called ‘Depend Pon Nobody’ which has a similar premise. Coincidentally Chronic Law also just dropped ‘Friendship’ where he takes it a step further ridiculing certain artists from the beefs which have arisen.

The rhetoric is the same but the only difference is how personal the artists get. Busy keeps things on the surface and doesn’t get too personal about it, unlike Alkaline and Chronic Law who have digs at specific individuals.

‘Dem Fake’ ticks the necessary quality control boxes making it another gem to look out for. In what has been a standout year for Busy, he continues to drop relevant timeless songs which will be remembered. The track follows other hit songs in 2019 including, ‘Great Men’, ‘Got To Tell Ya’, ‘It Ruff’, and ‘Stay So’. Just to name a few.

All that 2019 needs is an album from the deejay from St Anne Parish. Pencil in October 4, 2019, on your calendars. It marks the proposed release date for Busy Signal‘s fifth studio album. It is entitled ‘Parts of The Puzzle,’ and is sure to be a classic.