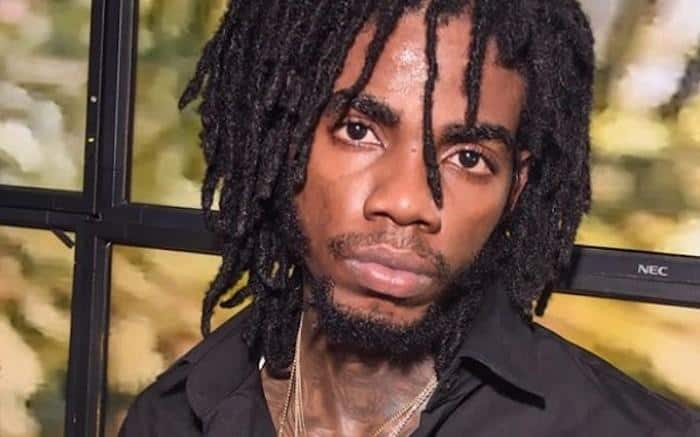 Competition comes in many different ways. There are those competitors that will be in your face and let you know of their presence. Then there are those (that are most dangerous) that go about their business discreetly with the goal of triumphing.

Alkaline in the case instant, is the latter, as he fights to remain relevant as a heavy hitting deejay in the dancehall genre.

His latest claim shines a little bit of light on his relevance to the game where he weighs in on the ongoing feud between Vybz Kartel and Beenie Man as to who is the ‘king’ of dancehall.. Alkaline goes on, on his own tip, claiming that he is the Young Lawd (Young Lord). The Vendetta deejay familiarised himself well with the title, before self proclaiming himself the title in 2013.

Over the past years, Beenie and Vybz have been on the dancehall battlefield for total domination. Beenie Man claims superiority due to his longevity from the 1990s . And Vybz, despite being incarcerated,  assumes the title due to his constant number one hits all through his career, week in week out.

Alkaline took a shot at the pair on Instagram over the past weekend reaffirming his possession in the dancehall genre. “See some a unu a fight ova di don,” he wrote in a message on his Instagram Story. “Unuh can keep it. Me addi young lawd.”

Despite the fact that Alkaline did not mention names over his rant, fans have put two and two together as to who the message was directed to.“Alkaline a mek the two idiots them fight over who is king but a Young Lawd,” one fan wrote while another added, “Beenie and Kartel this a go for but let the chips fall where they may Young Lawd.”

Alka has been extremely hush hush this year with only a handful of new tracks, leaving some fans into concluding that he has lost his fizz. Perhaps this message is his cue to say he is still around and has new music on the way. REGGAE ON THE RIVER 2019 CANCELLED