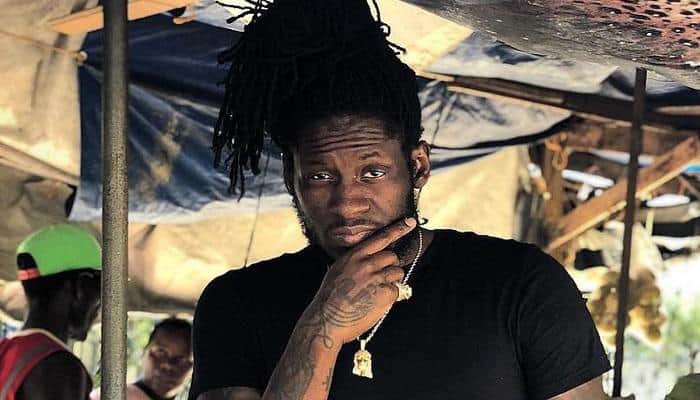 “Wha dat yu have on!? Dem a look,” are some of the memorable lyrics from Aidonia’s fresh track Look. Released about 3 weeks ago Aidonia recently dropped the feel-good music video which I’m sure will do its rounds on social platforms.

Aidonia has been on a music hiatus for the past couple of months. Not necessarily related to the COVID pandemic, but the 4th Genna artist has been working on creating a fresh strain of marijuana. Having recently become a brand ambassador for Epican Medicinal Limited (Jamaica’s first cannabis dispensary) Aidonia has been reaching out to his fans for possible weed names. When asked about his partnership with Epican, Aidonia said

“It is a great fit because dancehall music and marijuana is like a relationship, a marriage; and if you check the history of dancehall music and reggae music, we have been fighting for this. Once I got this opportunity to be a part of this, it was just ‘epicness.”

Look was produced by Darshan and 4th Genna Music and has your typical dancehall video feel, with Aidonia stunting on people. Aidonia goes on about appearances saying that you can’t be wearing different labels when you hit the streets.

Most of the dancehall talk has been about Buju Banton and Vybz Kartel despite that fact that they are not having a lot of record sales. The reason for that is subject to discussion as it is an anomaly as to why their record sales are not healthy. Aidonia has some of the spotlight and it is well deserved to be fair. Other in form artists include Masicka who recently dropped Just a Minute and Jafrass for Dream.

Be sure to give Look a chance and check out his other hits for the year. And don’t forget to look out for his strain of greens on the streets. It may just make you a real believer in him.